This is the Evil Dead 2 trailer, it has been all rotoscoped like.

I’m posting this not only because I’m a huge Evil Dead and Bruce Campbell fan, but because I think this just looks freaking sweet.

What do you think?

I just read this.

After 3 long months, Bloody D has finally scored the inside scoop on the plot crunch for The Evil Dead, and honestly, it’s pretty damn disappointing.

The reboot is true to the roots of Raimi’s original as it follows a group of friends who hole up in a remote cabin, discover the “Book of the Dead” and accidentally unleash an unrelenting group of Deadites.

The “new spin” is the motivation behind the trip, with the lead character taking his younger sister to the family’s cabin to help her kick her drug addiction. Without her drugs she becomes insane and difficult to control, which makes it impossible to see that she’s actually possessed.

The worst part, though, is that one of the friends unleashes the demons by deciphering the Book of the Dead and reading the passages aloud. (Yeah, because just some kid would know how to read ancient text. Sigh.) 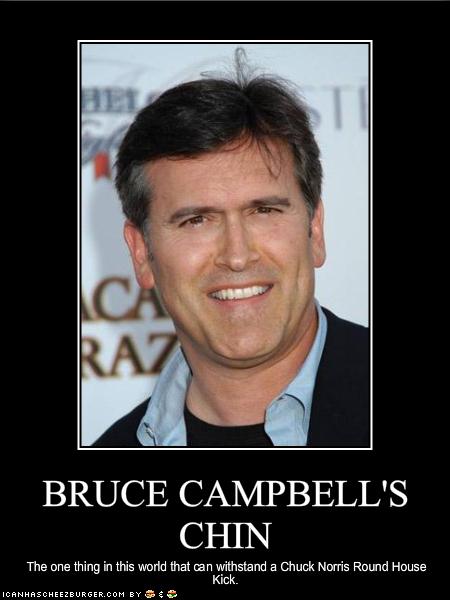 This makes me upset. Bruce Campbell and I are going to start a revolutionary resistance for soiling one of my favorite movies of all time.

I’m going to pull back posting about movies, it is getting too depressing. Why must they remake everything under the sun? Why?

I read that the major studios were going to remake the top 10 highest grossing movies of all time. Nothing is sacred anymore.